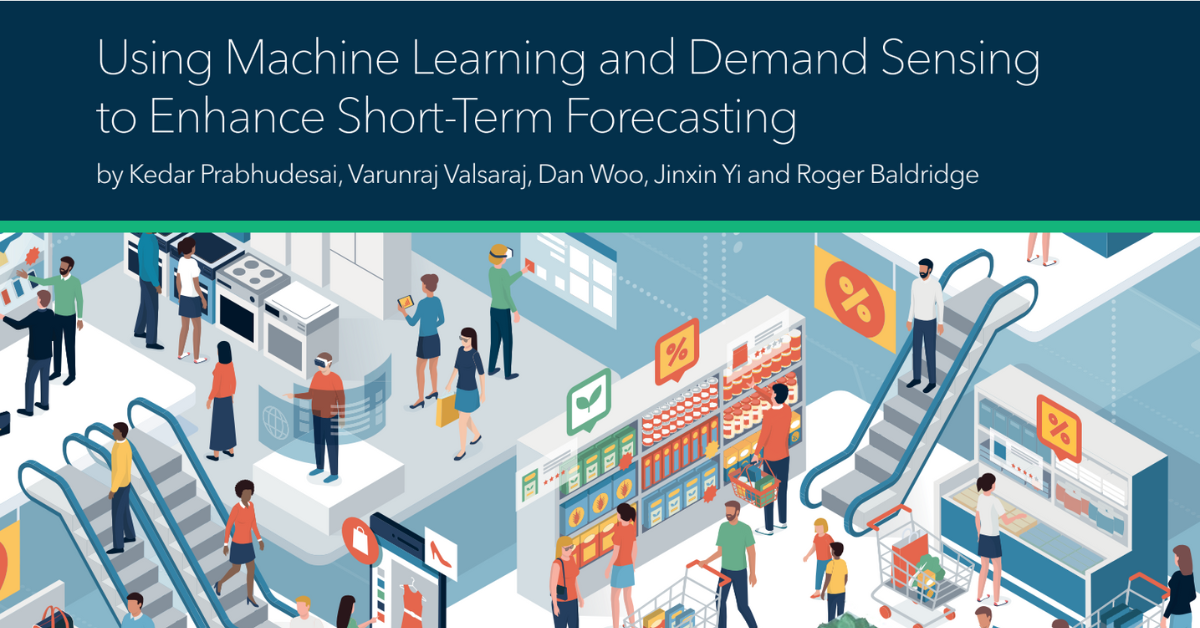 A key component of supply chain management is forecasting short-term consumer demand accurately to ensure that products are available to consumers when they need them in the near term. The negative impacts of incomplete or inaccurate data on consumer demand was one of the key takeaways from a famous supply chain simulation game developed by MIT Sloan and taught in its MBA and executive education program for nearly 40 years.

As supply chain management evolved in the 1980s and 1990s, the visibility of consumer demand – always of importance to retail and CPG companies – became an important factor for many manufacturing companies, particularly in the high-tech sector. The personal computer industry became a hotbed of supply chain innovation and was a sector where demand sensing evolved into demand shaping.

Consumer packaged goods companies (CPG) account for some of the biggest industries in the world and provide items that are used regularly by consumers, including food, beverages and other household products. Since many products provided by CPG companies have short shelf lives and are intended to be used quickly, companies need to routinely replenish products on store shelves to meet consumer needs.

Shipping locations corresponded to the CPG distribution centers (DCs) and retail customer locations were customer DCs. Thus, the order history corresponded to the number of daily product shipments from ShipLoc to CustLoc. We were also provided future open orders for both data sets at the lowest (Prod – ShipLoc – CustLoc) level. The shipment order history and future open orders were the main inputs in our forecasting advanced analytics models.

We were also provided with point-of-sale data and inventory data for one specific CPG retail customer, that is (Prod – ShipLoc – CustLoc = customer), for less than one year of history. 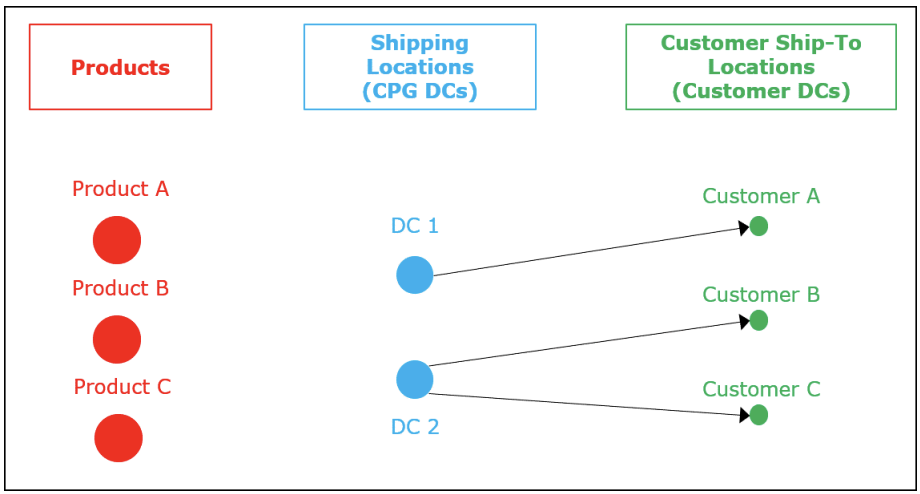 Figure 1. Graphical representation of the provided data. There are three main levels to the data – Product (Prod), Shipping locations (ShipLoc) that are CPG distribution centers (DCs), and Customer locations (CustLoc) that are customer ship-to locations.

In addition to the order history, future open orders and POS data, the customer provided weekly estimated forecasts using its current forecasting procedures and technology. Two such forecast estimates were provided. One was generated using standard procedures based on SAS® (FC-Base), and another was generated by experts who had adjusted FC-Base to further refine the existing forecasts (FC-Base+Expert). Each of these forecast estimates were provided at the (Prod) and (Prod – ShipLoc) levels. The main goal of this project was to generate better forecast estimates compared to FC-Base and FC-Base+Expert at both (Prod) and (Prod – ShipLoc) levels. Note that the forecasts for comparison were only provided at the weekly level. The CPG company did not provide daily forecasts for comparison.

Several rolling weekly forecasts for dierent forecast starting dates were generated. Order history data prior to a given forecast start date was used for training, and 12 weeks of data after the start date was used as the holdout data for validation, as demonstrated in Figure 2. For each rolling forecast, we compared performance for the current week (Lag 0) and up to 12 weeks into the future (Lag 11). 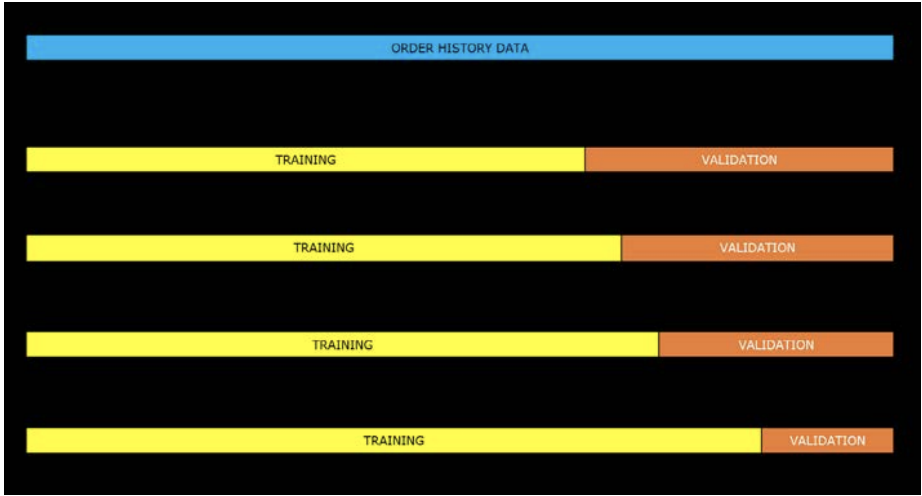 For the time-series based forecast, the SAS traditional time series forecasts are used to diagnose the statistical characteristics of each {Prod – ShipLoc – CustLoc} triplet time series and identify appropriate forecasting models for each data set. The diagnosis of the results was used to generate a time-series forecast estimate and a trend estimate for each {Prod – ShipLoc – CustLoc} triplet.

We help people face the challenge of converting data into structured information that supports effective decision-making. We combine SAS analytical system with our own industry and statistical analysis expertise in order to present a complete solution offering for our clients.

Pinnacle Solutions: Have a question? Let us help!